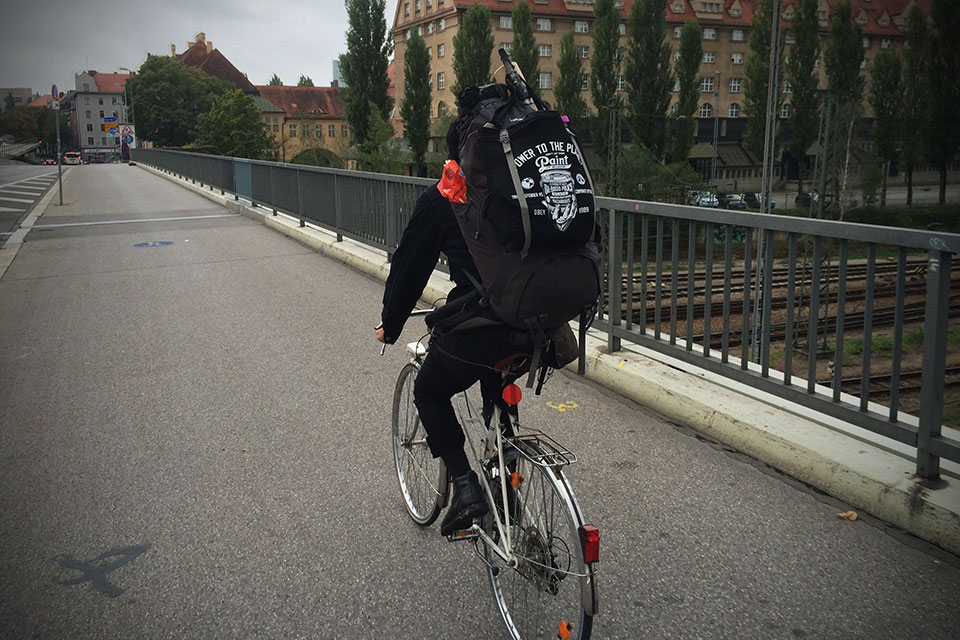 Positive-Propaganda / Ericailcane on the run…

Even if many of the causes of the global financial crisis that erupted in summer 2007 have already been forgotten or swept under the carpet, the repercussions are still being clearly felt.

What started out as a burst real estate bubble soon escalated into a full-blown banking and financial crisis, spreading across the entire globe. Since the beginning of 2010, it has been manifesting itself in Europe as the so-called “sovereign debt crisis” or Euro crisis.

For a while now, it hasn’t been the deregulated banking system and the so-called dog-eat-dog version of capitalism, fed with tax payers’ money, which are being blamed. Now it’s normal people, who, as the presumed over-spenders, have to endure strict austerity measures – and potentially the privatisation of entire nations.
IIn times of 0% interest it is therefore hardly surprising that more and more people are once again investing in the root cause of the problem: in so-called “concrete gold”. The implications are not only dramatic in Paris or London, but also in Munich. While a middle-class family could certainly afford habitable housing within Munich before the crisis, more and more Munich locals are currently being squeezed out of the city and a lot of the more charming areas of the Bavarian metropolis are disappearing into thin air.
But it’s not only the aforementioned real estate speculators who are spoiling the cityscape with their lifeless residential bunkers. More and more students are meanwhile sharing rooms at monthly rent prices of 600 euros per person, turning a simple three-room apartment into a lucrative investment for any property owner.
The game of bankers’ roulette is therefore entering a new round, where formerly vibrant residential areas are nothing but fodder for real estate magnates, turning them into monocultures for the wealthy echelons of society. The general public is increasingly demanding more affordable living spaces. However, the question ‘affordable for whom?’ is unfortunately not being asked enough.
Similar to the Greek poet Aesop or the Brothers Grimm, the Italian artist Ericailcane uses animals as representatives of mankind in order to convey messages of morals and ethics.
Together with his close friend and cohort BLU, ERICAILCANE, who is also renowned for his first-class drawings, illustrations and woodcuts, is one of the co-founders of today’s “Muralism” movement. Back at the beginning of 2000, the first large-format artworks on the sides of buildings were created in public spaces and soon also attracted the attention of British artist and activist BANKSY.


Before starting a new piece, the Italian artist explores the surroundings of the artwork in great depth. In the case of this particular artwork, ERICAILCANE is dedicating a very expressive portrait to the woodpecker, which has its home in the building’s courtyard. Like many people, the woodpecker prefers to nest alone in a spacious hollow, which he doesn’t like to share with anyone else. In this case, however, the woodpecker hadn’t reckoned with the opposition of his fellow residents, the ants and fireflies who also live here, who are joining forces to protect themselves from their attacker and his attempt to steal their food and take over their living space.